The Forties and Fifties 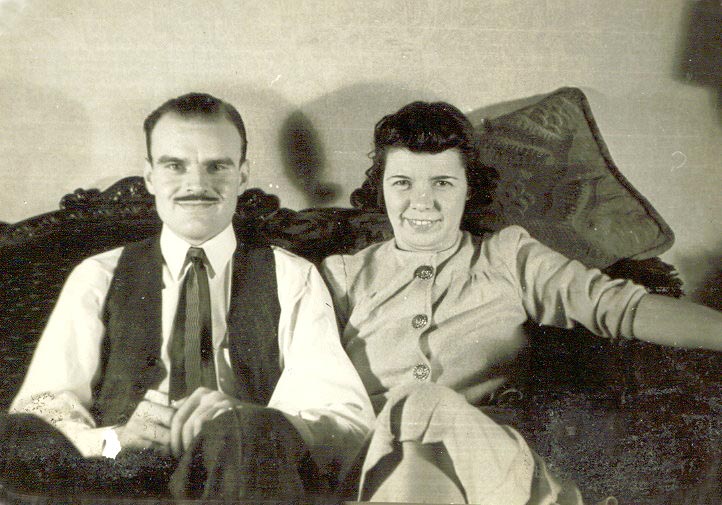 Influenced by his brother, a popcorn maker in Chicago, Illinois, Walter McGuire began making his own popcorn in the family home during the 1940s.  Happy to give up his job at the dry cleaner, he began selling popcorn to local schools.  When Walter passed away in 1948, his wife, Edythe, opened a penny candy store to complement the popcorn business.  She named the store Poppee’s after her father.  The 800 square foot building was located on Woodward Avenue in Lakewood, Ohio, across from Harding Junior High School’s Baseball Field.  Mrs. McGuire’s products included popcorn balls and her own special-recipe caramel corn, which were made in two 32 oz. poppers. 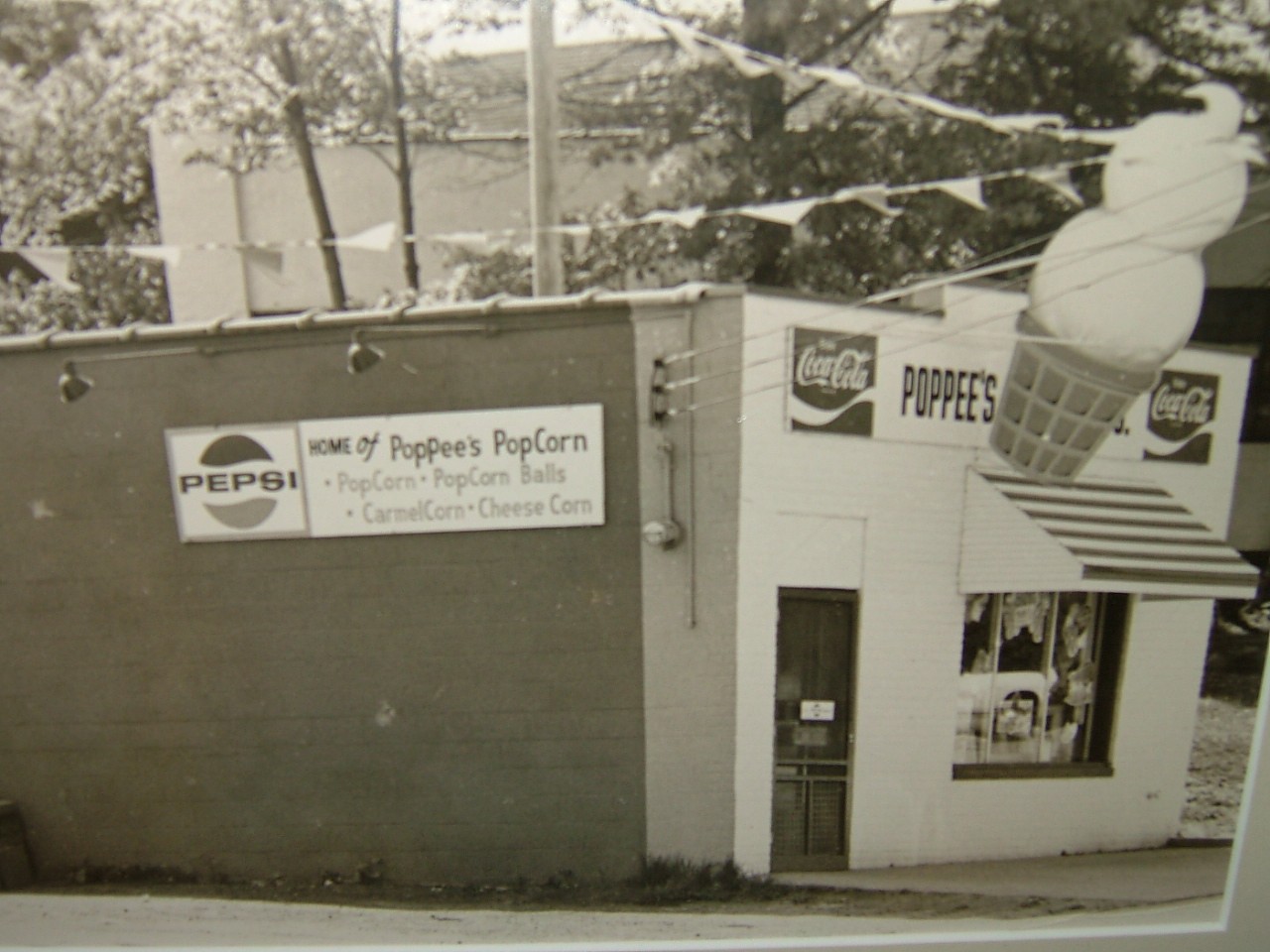 Walter and Edythe’s son, Tim, returned from the Navy in 1961.  When Edythe remarried and accompanied her husband overseas, she asked Tim to manage the operation in her absence.  It didn’t take long for him to see the potential of the wholesale popcorn business, and a few weeks turned into a career!  He started by selling popcorn to movie theaters, making better popcorn than they were serving.  In 1968, the original building was expanded to 2400 square feet. Through the sixties and early seventies, Poppee’s Popcorn continued to add a private label and wholesale customers.  In the early days, Tim would pop the corn himself, load up the station wagon, and make deliveries each morning.  His personal commitment and dedication to the business paid off as new customers were attracted to the delicious popcorn, caramel corn, and cheese corn.  With the success of the business, Tim was forced to find new accommodations.  He understood that the penny candy storefront was not the future of Poppee’s and relocated the company to Clark Avenue in Cleveland in 1975, where he operated until the mid-1980s 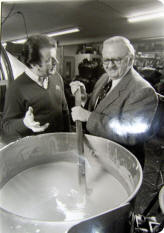 Even though the list of customers was growing, Tim wanted to market his products under his own brand.  In 1975, Jenny’s Old Fashioned Popcorn was launched. Named after his only daughter, Jennifer, the brand is sold nationwide today in grocery chains, convenience stores, and bakeries.

On the private label side, Poppee’s Popcorn was in demand by snack food manufacturers and distributors.  During this time, a third 32 oz. popper was added along with the first automated packaging line that handled vending machine size bags.  Larger bags were still packaged by hand with a foot-pedal-operated heat sealer. 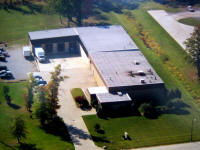 Taylor Woods Industrial Park in the suburbs of North Ridgeville was selected as the site for a new 8,000 square foot building, and the move was completed in the summer of 1985.  Five years later, an additional 8,000 square feet was needed.  There were nine 32 oz. poppers in operation at this time.  In 1989, an extruder was purchased and cheese curls were added to the product line, elevating Poppee’s to snack food manufacturer status.

Tim brought his eldest son, Jamie, into the business during this time.  Jamie spent his summers learning how to make popcorn, cheese corn, and caramel corn. 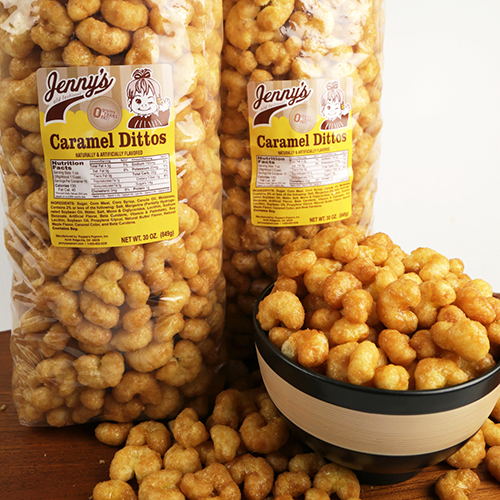 In the nineties, Poppee’s introduced the extremely popular line of hulless popcorn products called Dittos.  First came Cheese Dittos in 1990; then Butter Dittos in 1995; and the most popular flavor yet, Caramel Dittos, originated in 1997.

Poppee’s was one of the few manufacturers that still produced wet pop popcorn on a large scale.  Not to be outdone by anyone else though, the company also installed dry (or air) pop poppers to meet the demands of its loyal customers.

Two Thousand and Beyond 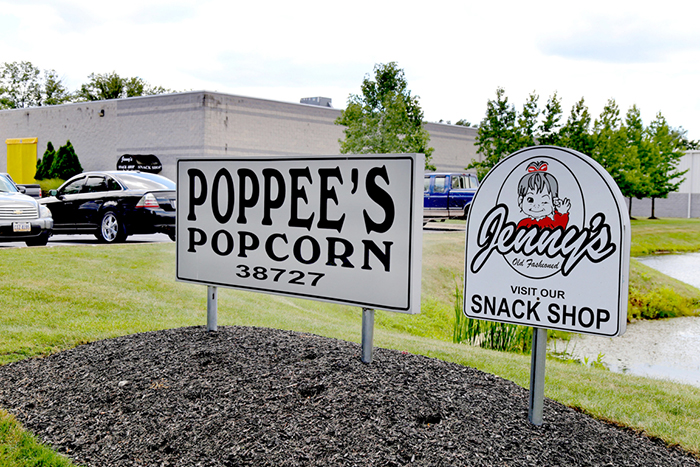 In 2000, Poppee’s upgraded their processes.  Working closely with equipment manufacturers, a system was developed to automate the caramel popcorn lines, while keeping the old-fashioned taste consumers had grown to love.  Larger poppers now produced 100 pounds per batch.

The website was created in 2001 to take orders from local people that had moved away and still wanted to enjoy the great taste of Poppee’s products.

Jenny’s Snack Shop was opened to sell Poppee’s delicious products and related snack food and gift items to the public.

Tim’s daughter, Jennifer, was recruited in March 2005 as the VP of Sales and Marketing.

August of 2007, new packaging for the Jenny’s line was introduced with the goal of creating a great, consistent product.

Voted, in July of 2009, as Business of the Year in North Ridgeville, Poppee’s is dedicated to enhancing and promoting the Lorain County community.

In October of 2007, two of Tim’s children, Tom and Jennifer, purchased the business; allowing Tim McGuire to enjoy his days golfing, fishing and spending time with his grandchildren.

An expansion to the plant was completed in 2010 to accommodate business growth for both the Jenny’s brand and the private label side.

With great customer and vendor relationships, Tom and Jennifer’s goal is to continue to provide the fantastic snacks that consumers have come to expect from the many Poppee’s Popcorn products.

Thanks for Enjoying Jenny's Popcorn!
Subscribe to our newsletter to receive news, updates, and other stuff by email:
Loading Form...